Today is the Friday before the gun deer season in Wisconsin. We have some stuff to talk about.

Weather- We had a warmer week this week where it got into the 40s almost every day. The ground has thawed out  a little on the top but so far it is still pretty frozen. We had a little rain today followed by a dusting of snow. It got down into the low 20s tonight, so wet roads are likely slippery with black ice. That will all change once the sun comes up and temperatures warm up a little. Other than the dusting tonight there is no snow on the ground other than in really sheltered spots.

The weather for the weekend looks pretty good. We are expecting a high around 40 and lows in the mid-20s both days and into Monday. After that the picture gets a little fuzzy. The forecast models that I use have been offering a number of scenarios for the rest of the week. Most include a storm of some sort starting about Tuesday. I have seen major snow storms and just a couple of small systems offered as scenarios. I guess as always be ready for anything and keep an eye on the weather.

Our couple of weeks of 15-25 degree below normal weather froze the ground and put some ice on the lakes. I don’t think that it is that deep of a frost or a very thick ice on the lakes. Be very careful about that with frozen lakes and swamps. The swamps and creeks will be fuller than usual, we have had two very wet years in a row.

Site update- This week I did a major upgrade on my server software. There were plenty of challenges getting version conflicts ironed out and stuff like that. Fortunately most of the bugs happened on this site and not on customer sites. Theirs were all up to date and had the latest security stuff installed. This one doesn’t get much attention in the summer and was a little behind. Hopefully we are done with surprises.

I don’t have much to say about future snow storms if the forecast models haven’t figured out next Tuesday yet. I will say that most of the scenarios that I have seen involve a big storm or several big storms in the 16 day range of the GFS model.

I did actually touched both snowmobiles this week. I didn’t try very hard to start them, but I did get them out of storage. I really don’t want to start them until I check for mouse nests in the air box and exhaust. I have one engine that is stuffed full of mouse nest and blown up (Not one of mine). I also had one that I checked before pulling the rope and it had a nest in the cylinder where the piston was down. I saved some money checking it first. Eventually they will get put into the shop for the typical pre-season check over and repairs. 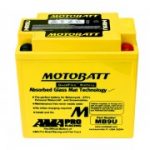 One thing that came up is my MotoBatt battery in one of the Indy Trails. It is a 4 year old battery and has never ever seen a charger or battery maintainer. That sled did not get ridden last year, so it has been in storage untouched for one and a half years. The battery actually had enough zip in it to chatter the solenoid pretty good, and probably would have engaged the starter if I tried a few more times. That is pretty impressive. We will see if it comes back after charging. I wouldn’t be surprised if it did.

My battery is the one shown, the MB9U. My last one made it three or four years too. They are priced higher than  a generic lead acid battery that you fill, but it is a sealed AGM battery and worth every penny. This one is on Amazon for $73. Not bad. ( I did not get paid to write this up, I just had really good results from them and wanted to share.)

We have a snowmobiling event coming up..

That is about it for tonight. Have a good weekend and thank you for visiting!