We were blessed today as far as sun and warmth goes. Shortly after my morning update some big black clouds rolled in and gave us some snow showers. They were off and on from late morning until about 3. It added up to a little bit of a layer, call it light snow. The best part is that there was virtually no melting from the sun, and the temperature stayed in the low 20s.

I ran into these guys in my travels. Nice to see you guys and thanks! 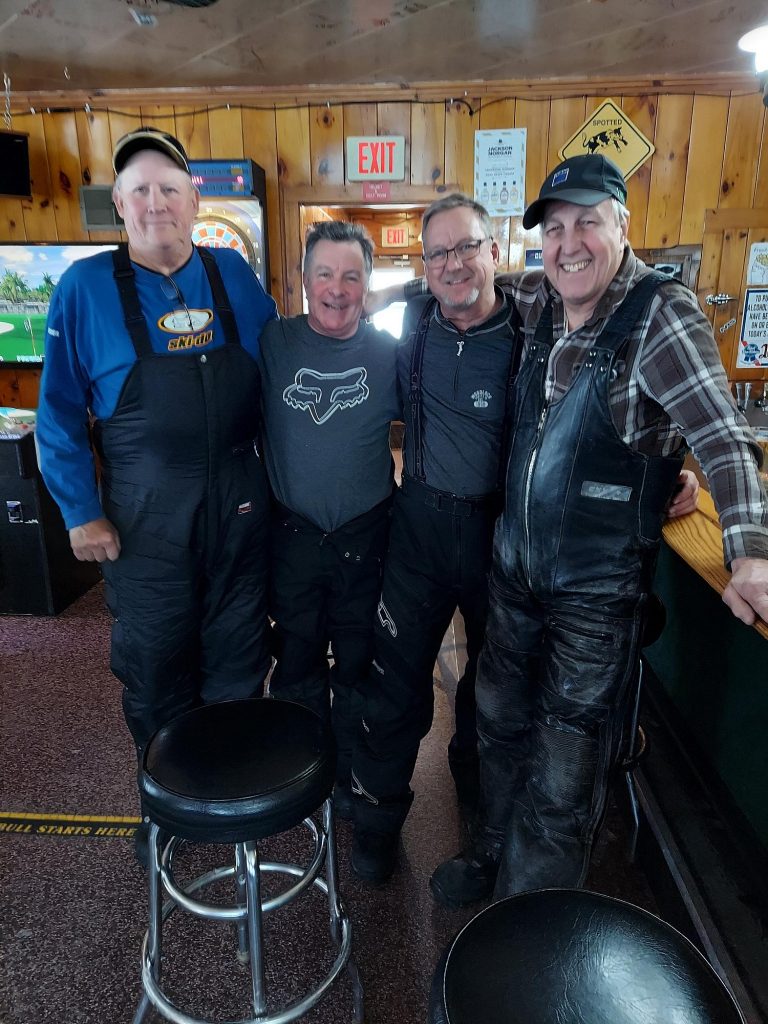 Yesterday’s official high temperature was 27 degrees but I did see temps as high as 34 on the car’s thermometer. There was a little melting and road salt got a lot more effective. The end result was that thin spots got thinner, dirt spots got bigger, and trails got a little snirtier. There were some big groups out riding, so the trails saw some traffic too.

Now I am getting a little concerned for what today will bring. We have sun filtered by high clouds and got up to 25 already at 10am. Hopefully the clouds will fill in and limit sun damage and the temperatures stay low.

What I saw yesterday in my travels were a lot of very rideable trails with some late season stuff starting to show up in wear spots and sunny spots. Hopefully we don’t go too far backward today.

There is a small storm for Sunday that could bring a little snow. The NWS is not putting a quantity value on it just yet because there is some uncertainty on how it will all go down. They mentioned snow and a little freezing rain before 3pm. Right now the best guess is 1-3 with a chance of a little more closer to the lake.

Next weeks’s forecast is downright dismal, with mid-30s and low 40s Monday, Tuesday, and Wednesday all with sun. That is not good. It does cool off later in the week, but there are no storms obvious to repair the damage from those three days. Farther out in the forecast there is a big heat wave, but also several bigger storms.

I guess right now my advice would be to ride like it is the last weekend of the season and hope that the forecast going forward is worse than the weather that actually comes (as is very often the case).