That was quite a weekend. I don’t think anyone was ready for the level of traffic that the area trails and trail stops saw. When I went out Saturday night I saw the trails along the road and was quite shocked. It was a whooptie field that didn’t stop. The trail near the house was nice and flat late week and Saturday night it was ugly with the whoopties.

The Red Arrow groomer said that the trails were really a mess Sunday morning and it took 4 passes to get the RR grade south of Townsend back into shape. Riders coming from Lakewood said that it was a washboard the whole way. Hopefully that all translated into a very successful fundraiser for the Paul Bunyan Club.

I did see that the Iron Snowshoe groomer was out a couple of hours early Saturday night. It looked like they really had their work cut out for them.

It was great to see so many people around, but not so great to see the trails get rough from so much traffic.

I am hoping to squeeze in a couple of miles of riding today or tomorrow in between my busy schedule and see how the trails recovered. Why do I always have so much work when the weather gets nice enough for a ride?

We have warm days coming this week. Today we are up to 30 with some sun and a good dose of wind. It is not expected to cool down much tonight. Tomorrow the NWS says that we could see 36 by noon, and then the temperature is supposed to drop in the afternoon. After that we are expecting to go back to high temperatures in the mid-teens. None of that sounds all that threatening for the trails.

We are lucky to have the big beautiful base that we have or this year would be as bad as last year. According to Athelstane Weather we only have had 7.5″ of snow in January. That isn’t much considering the traffic levels that we have seen. I will not be surprised to see some worked or snirty corners and high wear spots, especially after last weekend. I do expect mostly good or great trails though.

There is not much for snow coming in the next week. Mostly we will revert to the cold and snowless pattern that we have been in as the storms go either north or south of us. (Sitting in the cheap seats again..) There is some light snow possible for Saturday. The next 3+ inch snow is showing up about the 11th with a moderate strength clipper.

I read that we had a pretty good CME, Coronal Mass Ejection today out of a big sunspot. We could see some northern lights about Wednesday.

That is it for now. Have a good Monday and thank you for visiting! 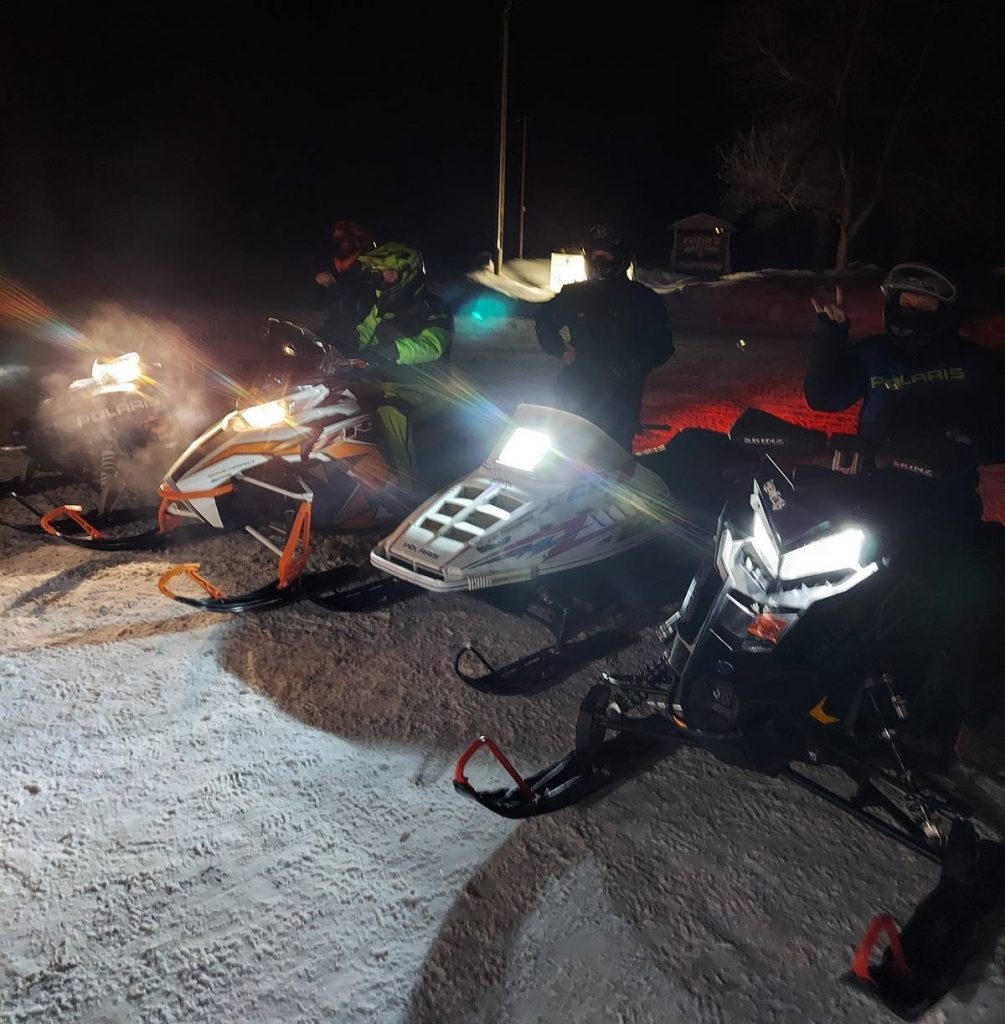