1:30pm-I have been outside to play in the snow and it was good. It settled a little but I am still measuring a solid 4″ almost everywhere and up to 4.5″. 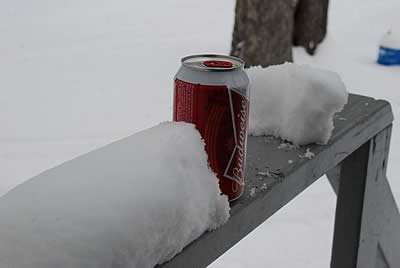 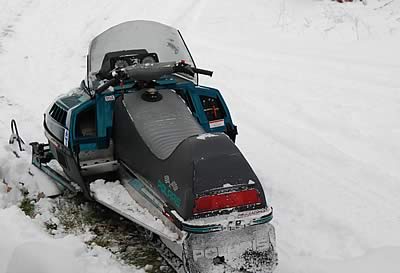 I took the little Indy Trail for a gravel run and that was pretty fun. It ran great and was a little zippier than I had expected. It is a slippery one though, it has no studs and needs carbides. I got a little surprised on one track lock-up/slide/turn maneuver and decided immediately that this was going to be a fun little ride. 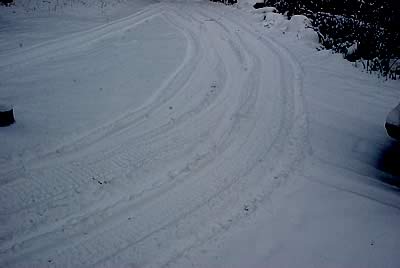 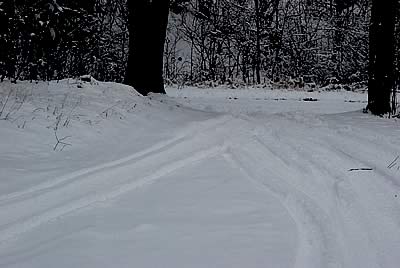 This was not the one snow that will get the trails open, but it is a nice start. It is worth plowing, and once I get back from town I will probably be setting the plow up on the truck, shoveling the wood yard and stuff like that.

Unlike the day after a lot of storms, today is not cold and windy. It is actually pretty nice out with 30 degrees and not much wind. It will get cold tonight though, with the NWS expecting mid-teens.

I haven’t spent too much time looking ahead at the weather. One of my little observations is that the models tend to change a little after a storm comes through. I usually like to let them settle down a little.

In this case it is showing low to mid-30s for this week, and no real storms coming our way by the weekend. There is a shot at one about Friday, but right now it is shown tracking about 200 miles too far south.

Because of the various hunting seasons trails around here can’t open until the 15th. In theory if the snow cooperated we could have open trails this weekend. So far that doesn’t look too promising with only 4″ down  and no additional snow obvious.

A little snow like this would normally make me think about going for some lake riding. Don’t even think about it. When I drove by Caldron Falls Saturday it was frozen mostly across on the upstream end where it is narrow, but was very thin ice. I am thinking that a dog would  have gone through.  It definitely was not up to walking or riding on. Stay off of the ice until we get some cold weather.

Well I am off to town for supplies and will be back to plow and shovel later.