That was quite a weekend. There were a fair number of riders around last weekend, but probably not quite as many as Super Bowl weekend.

Saturday night was a full moon- the Snow Moon. It was considered a ‘super moon’ because it was at it’s perigee or perihelion. Apparently the effects of that full moon were not lost on some of us at Rapids Resort. That was a very fun Saturday night. Thank you to everyone!

Sunday morning brought snow and a pretty good amount of it in some places. I measured a little over 5″ here. People driving home Sunday found whiteout conditions in some spots and some areas of the state saw as much as 7- 10″. Some people that I know had a pretty rough ride home.

That was only one of several snow surprises last weekend. Friday’s snow only left a dusting here, but intensified into a really concentrated line closer to Green Bay. Again that brought near whiteout conditions near Green Bay late in the day and as much as 4″ of new snow. Surprise.

Mother Nature is not done with her tantrums yet. Most of the week and the weekend is expected to have high temperatures of around 30 degrees and lows in the mid-teens. Wednesday night we are expecting an inch or three of snow followed by a two day Arctic blast. Thursday we are looking at a high of ‘near 11’ and a low of -13 with -25 wind chills. Friday is expected to go into the low teens, but Saturday and Sunday we are right back into the low 30s. There is a chance of snow late Friday night and again Sunday. As crazy as the winter has been I might want to define the snow forecast a little better as it gets closer. 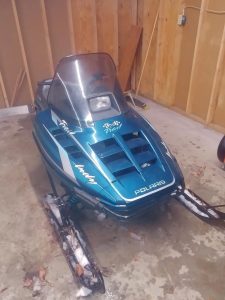 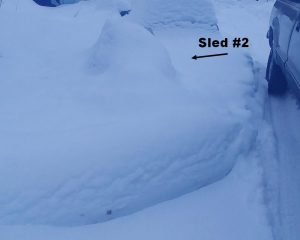 That will come in handy when we finally get out to ride. Sled #1 is ready to go except for installing the stickers/trail pass and putting in some gas. I finished that one late last week.

Sled #2 is the identical 94 Indy Trail 500, also in great shape. It has a few more miles than #1 and even has electric start. ( I felt really guilty e-starting a 500 fan that always started in one or two pulls anyway, but the GF will love it.)

Right now #2 is still a prisoner of the snow. Once I dig it out and free it from the layer of ice under the snow it will need the standard tune-up and check over. I hope to work on that this week. .

I didn’t take any pictures of riders Saturday, but Saturday night I got quite a few. As I mentioned.. we were having a pretty good time in Rapids Saturday night. Thank you to everyone that made it that way. 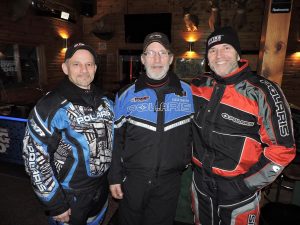 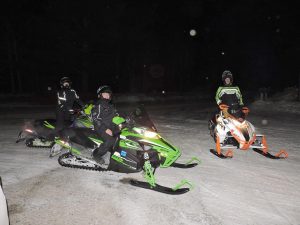 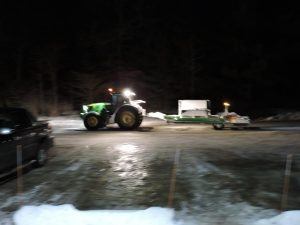 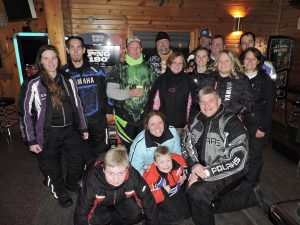 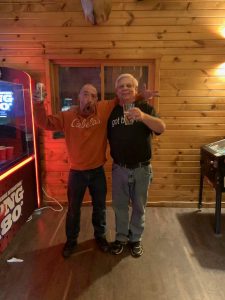