I really had a blast riding yesterday. I ran from near Rapids to Chickadee and toward Lakewood. I headed down toward Crooked Lake and back up the pipeline trail. I really don’t know mileage, but I was probably out for about 2 1/2 hours.

The trails were a joy. They were flat as a board and were pretty well packed so that I had plenty of traction. Even on my little 500 fan I was making great time, only limited by the next corner and watching for deer.

The ride started out pretty good when a few miles from the house I encountered a couple of bald eagles sitting on a branch over the road. One took off as I approached, alerting me that they were there. The other one just watched me ride by. It all happened pretty fast, but it was cool to see.

I rode my planed loop and was heading home after sunset. I really wanted to go and do it again, but it was that time of twilight where there is little contrast and the headlight isn’t quite effective yet. Between that and being cold enough, I headed home a little disappointed with my decision.

Right now it looks like my next riding opportunity will come about Wednesday. I am just not interested in riding at night with -15 temps and -40 wind chills. It better be a good friend that you call for rescue that night. According to the current forecast, Wednesday night should be between +5 and +10, a regular heat wave, and hopefully warm enough for a ride.

Usually I shoot for +10 or above for riding, but looking at the 16 day GFS I might have to adjust that a little. There isn’t any real end in sight for our arctic weather. It moderates a little, and then comes more cold. The last frames of it show an even bigger surge of really cold air, colder than the first polar blast, or the one we are expecting for the next few days.

The trails are in prime shape, but it is a little cold out. If temperatures actually moderate into the upper teens and 20s you guys will be in for a real treat next weekend.

(Click the picture to make it bigger.. click the side of the big picture to see the next one.) 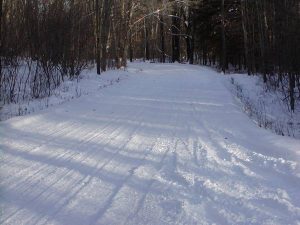 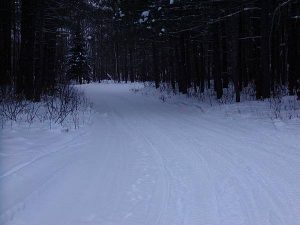 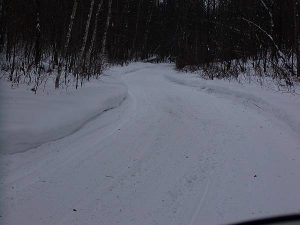 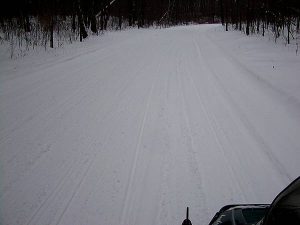 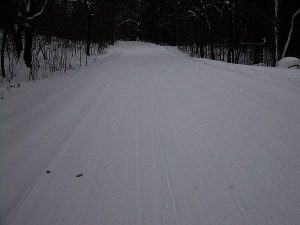