That was one amazing weekend. Thousands and thousands of snowmobilers took to the north woods to take advantage of us finally having ample snow. The snow was wet and heavy so it made some rough trails with traffic, but hey, we were finally riding where you could do it system-wide. I also mentioned where it was a little more family friendly in that they could go to some of the trail stops vs just being able to ride certain areas.

It was less than ideal getting two storms worth of snow in one wet heavy pile, and trying to squeeze a whole season into one weekend, but we are snowmobilers, and we deal with the adversity and go for it.

One good thing was that the snow was widespread, so that when so many riders came out to play, they could ride anywhere in the northern 1/3 of the state. The area was certainly busy, but it could have been a lot worse.

The packy snow and heavy traffic made for some bumpy trails as Saturday wore on. From what I saw the groomers were out Saturday night trying to make it better. They had their hands full with that one between the traffic and less than ideal snow conditions for grooming. A lot of clubs won’t go out on a Saturday like that because of traffic and safety issues, but once it calms down they generally will go out.

The big numbers of riders took some places by surprise. I heard that a couple of gas stations actually ran out of premium gas Saturday.

It was great seeing so many snowmobilers around (finally!). Thank you to all that stopped to see me at Rapids and at the Curve Inn. You made me feel very appreciated. A lot of you slipped me donations too, and that is always appreciated. I am going to be heading to town a little later to turn some of them into snowmobile gas. Thank you very much to everyone!

Let’s do some pictures.. 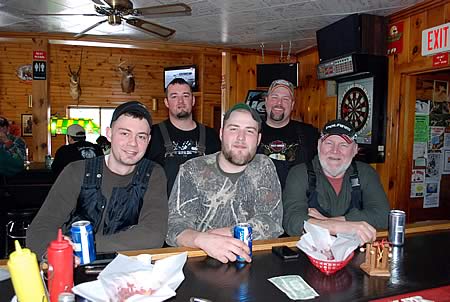 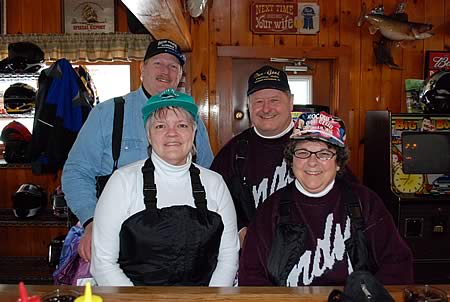 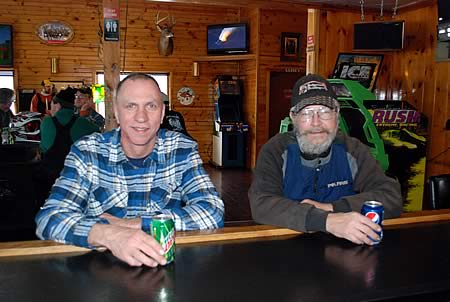 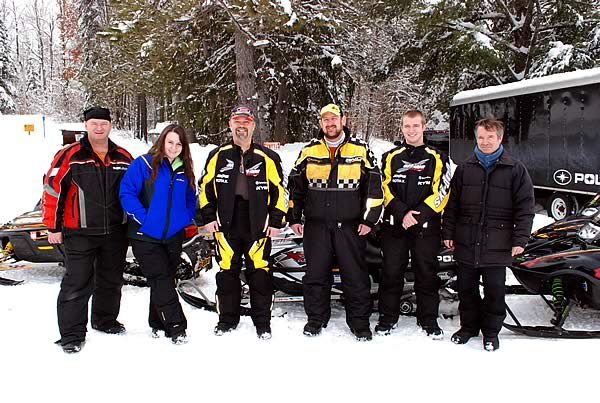 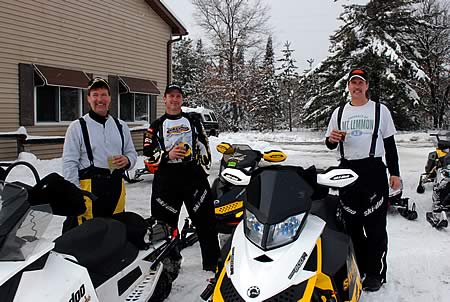 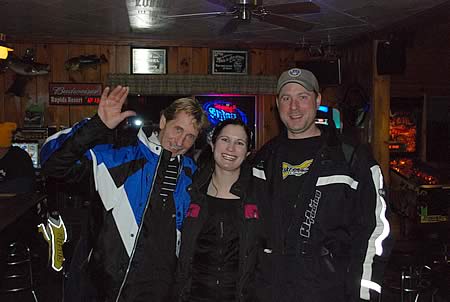 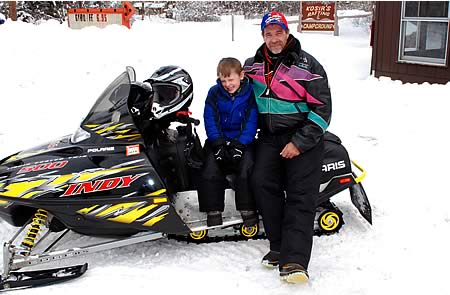 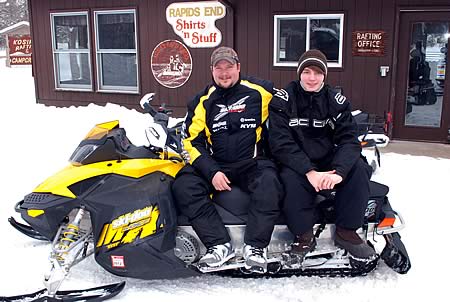 My apologies to the people that I missed at Rapids on Sunday.

The next question is, will we get another weekend? I think that we will, but it will be like it was the last few weeks with some bad spots where the sun hits the trail, and road trails will probably be burned off where the sun hits them or they got salted. The March sun is wicked, and it will eat snow in a hurry. I volunteered to have it all focus on my driveway, but unfortunately it doesn’t work like that.

This week is starting ok with mixed sun and clouds and 30ºF as of 1pm. Tomorrow and Wednesday we are expecting to go into the mid and upper 40s, with Tuesday on the sunny side. Wednesday and Wednesday night we could see a little rain and maybe snow at the end. That doesn’t look like a very organized storm, and the expected rainfall is under 1/2″. Thursday and Friday look sunny and in the mid to upper 30s.

Right now we just have to wait and see how bad it gets. I am sure that there will be sheltered areas where you will be able to find generous amounts of snow, but I am expecting the system-wide thing to be gone as sunny and high traffic trails do the March thing.

People had a lot of questions for me, let’s take one and get back to the others as we go..

-How do you know so much about the weather?

I am self taught on a lot of things. If something interests me I voraciously study it and get all of the information about it that I can get my hands on. My interest in weather started when I was a very young snowmobiler of about 10, and figured out that the L with the circle could bring snow.

I considered meteorology as an undergrad degree, but back then I was trying to avoid too much math & physics. Now I am an avid weather buff, and have learned a tremendous amount about it from researching it on the net for over a decade, and from watching it unfold. I also find the physics behind it fascinating, especially with stuff like CAPE and lift.

Beyond all of that, it influences how we work and play a lot. It is important to have an informed idea of what to expect.

I will cover a few more questions in the days ahead. Today the clock is not my friend, so I will come back to that and answer a few more.

Today was planned as a *RITYBIA tour, but is instead getting filled up by logistics. It has been an intense week and weekend since it snowed, and today I am catching up with stuff like fixing the truck and snowmobile, bringing in firewood, plowing on the driveway a little more, and heading to town for gas and supplies. Tomorrow I ride. *RITYBIA=(Ride It Till Ya Break It Again)

The response and appreciation from Big Snow Page visitors over the last week has been incredible, overwhelming, wonderful, and very motivational. Thank you to everyone! What an amazing week..

Well I am off to dive into logistics and repairs. I am fighting hard to keep tomorrow for the trail, so I had better work hard today. Thank you to everyone!