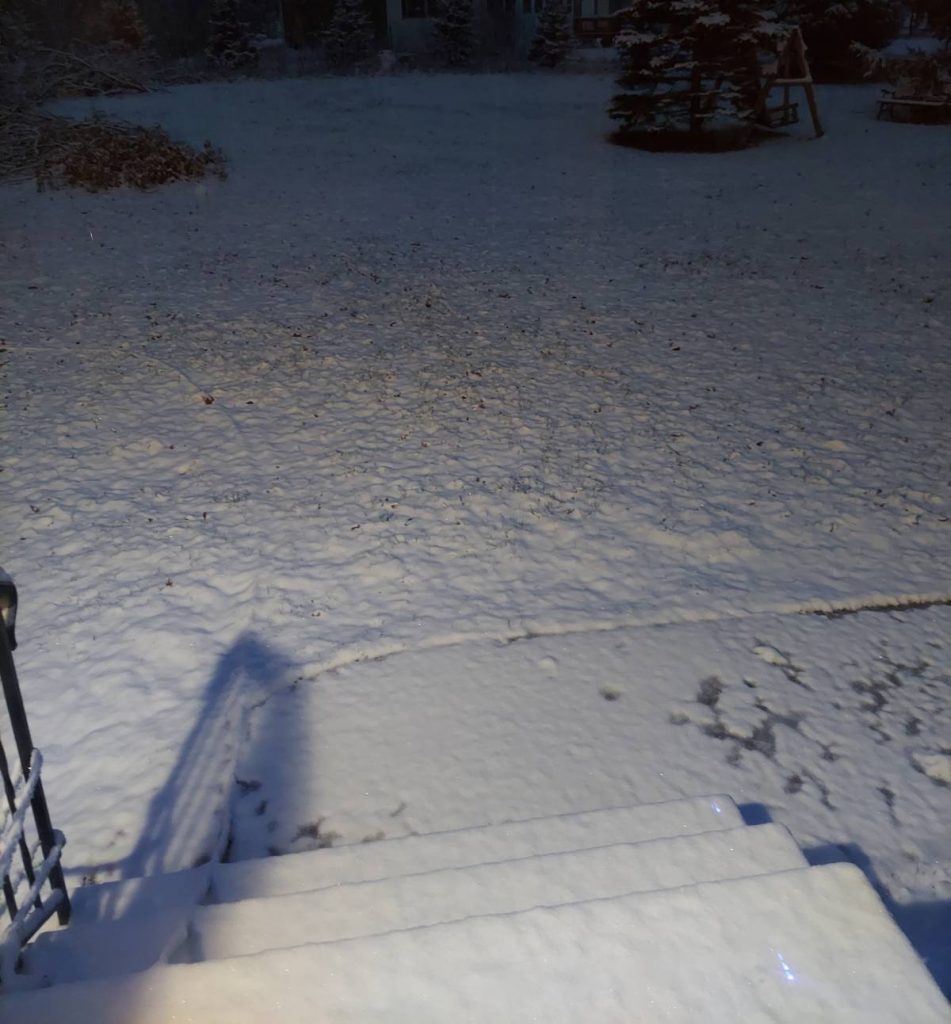 We had our first ground covering snow last night. An Alberta Clipper type storm quickly passed through leaving enough snow to cover the grass and sidewalk. There were still some grass blades showing through, but enough collected to make it white.

Surprisingly it also covered the sidewalk. That is surprising because it hasn’t been cold enough to freeze the ground yet. It is close, but we aren’t there yet. That will probably come this week when we have some low temperatures in the low 20s. Side roads might hold a little slush, and there could be some icy spots.

There was some fitful weather late last week. Friday a storm to our south shared some big black clouds that held rain or snow squalls. In my neighborhood it only meant a dramatic sky show and turning on the wipers once in a while. News reports told of one of those squalls bring enough snow to ice up Hwy 141 about 20 miles south of Crivitz, and some car accidents on the freeway.

As far as last night’s snow I would call it close to an inch. It is hard to really say since the initial snow likely melted upon contact with the ground. Whatever the case, we had our first ground covering snow last night. It won’t survive the mid-40s temperatures today, but I did manage to catch a pre-dawn pic of it.

Have a good fall and we will see you soon.