Yesterday was the NEW Low Buck Vintage Riders antique snowmobile show at Gateway Bar in Crivitz. I made it down there early afternoon with the camera and took in the show.

As always there were some really spectacular old snowmobiles there. There were sleds from Sears, JC Penny/Foremost, Herters, Rupp, Sno-Jet, Boa Ski, and many others. There were really a lot of really nice and pretty rare antiques there, and most were in spectacular shape.

There were also a few short run sleds where they made only a few hundred of them like the Foremost and the Snow Phantom. The guy with the snow Phantom said that it was made by a bronze monument co in West Virginia.. They only made 200, and they recalled them and crushed them over liability issues from a narrow ski stance. His escaped the crusher and is surely rare.

They were raffling off a 71 Ski-Roule that was given away yesterday. Over at the swap meet there was an old running Sno-Jet with a parts sled for $300 and a lot of old parts for sale, and a couple of the display sleds were for sale at a fair price too.

I thought that the show was a great one with some really nice old sleds on display. 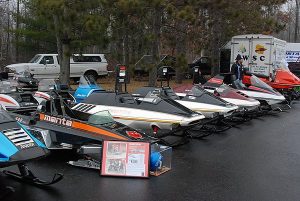 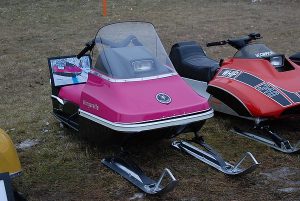 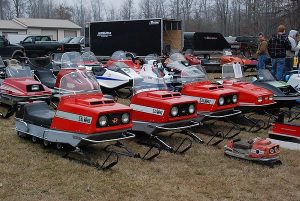 I took 78 pictures there and made a gallery, and it will get its own page like last year’s show did. Click one of the pictures below to start the gallery, and hover your cursor over the picture to show the forward and back arrows.