It was indeed a busy weekend in the area for snowmobiling. A lot of people took to the trails and got some good miles in. Most found some good conditions to go with the marginal stuff, and as it typical with snowmobilers, they made the best of it.

I worked at Rapids Resort for the first time of the season and got to meet quite a few passing snowmobilers. A couple of groups even stood still for a picture. It was great to see you guys. One group was from my old neighborhood down south and we knew some of the same people. They were a great bunch and their generosity was very much appreciated. I am still chuckling about their surprise adventure, and they probably are too. Thanks you guys!

Dan and Dillion checked in quite a few times over the weekend with trail updates in the comment section here as they put the miles behind them. I think that is a great thing. Maybe we can get more people to do that and have an almost live trail update system now that the smarty phones are becoming more popular. Once you are approved for a comment you are in without moderation, so it gets posted instantly.

Dillon was riding in the MD ride out of Carter and was one of hundreds of riders participating. According to posts last week, he alone raised $5,600 in pledges. Very cool.

Looking ahead at the weather this week I kind of want to push the reload button and get a different answer. The high temps this week in the NWS forecast are M-32, T-upper 30s, W-mid-30s, TR-mid-30s, FR-low 30s, and around 30 for next Saturday. Yeesh. This is January?

Monday’s snow holds the promise of 1-3 or 2-4 and hopefully it gets way out of hand. Tuesday looks like a little light rain or mist, but very little. After that the week looks clear of precip until a chance of light snow Saturday.

I caught a bit on the weather yesterday that the longer term forecast came out late last week. It is for warmer than normal and wetter than normal for the next 30 days. According to the weather guy we should see more storms, but might not see the snow side on some of them.

It would be an improvement to see some bigger storms come our way even if they do rain out. An ice base can be good for extending the season. That and at least we would be in the game. I am not ready to call it a season yet.

I really was wrong when I predicted one of the best seasons in recent memory. I was sure that I’d be shoveling the roof for the second or third time by now. We were/are in a deep La Nina, the cold phase of the El Nino Southern Oscillation. We all know that El Nino is bad for snowmobilers, and hopefully the cold phase is a little friendlier. (Game show buzzer sounds) Wrong answer.

A few months ago John Dee wrote that it was looking more like El Nino pattern than La Nina. I agreed then, thinking that it was a sound observation, and it ended up being spot on.

Hopes are that Monday’s snow is plentiful. The HPC is looking for about 1/4″ which translates into about 3″. The GFS was a little more generous, possibly going 4″. The NWS is on the low end looking for 2″. With the temp expected to be about 30, it should be fairly wet snow that packs well. Hopefully that ends with as good or better conditions for next weekend.

That is news for today, have a good weekend and thank you for visiting! 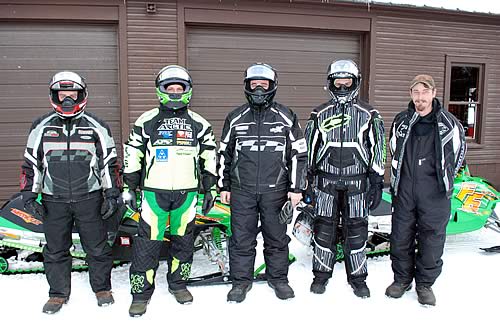 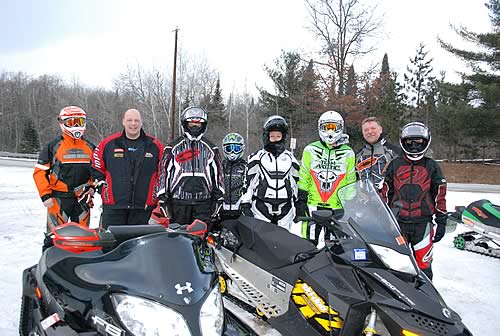