If you are looking for a place to catch the game check out Rapids Resort or one of the other places that are having Thanksgiving buffets. In the case of Rapids, they have drink specials and stuff like $1 beers. Have fun!

Happy Thanksgiving to everyone. It looks like it is going to be nice today with a cloudy day and 45-50 for a high temperature. Friday looks very much the same.

Friday night and Saturday bring the chance of light rain as a moderately weak storm moves through the area. We are expecting to be on the warm side of the storm, so we are looking at a rain event, with a high of about 45 on Saturday. Later on Saturday and into Saturday night the rain is expected to change to snow before diminishing and leaving a cloudy day in the mid-30s for Sunday.

The NWS has rain chances at 70% Friday night and Saturday, and 50% Saturday night.

The storm is fairly weak with a central pressure of 1,000-1,004mb. The path that is shown on the models has it moving from the SW corner of the state to the NE corner. Normally for a good snow storm we like to see the low pressure area just clip the SE corner of the state. With this storm tracking a few hundred miles west of the ideal snow track, we are expecting a rain event until the back of the storm comes with colder air and a little minor snow.

The NWS forecast does not mention winds for Sunday. The isobars on the model are shown fairly tight so I would expect at least some wind as the storm exits. We are looking at 10-15mph winds as it approaches, so that or maybe just a little more might be a reasonable expectation for the far side of it.

The 1/2″ of snow and ice from the last storm has shown good durability this week. It did very little melting Monday or Tuesday. Wednesday crossed the 40 degree mark so we did see some melting. The sunny spots in my driveway melted off pretty well, as did side roads. That should continue as we see temps close to 50 today and Friday. Much of the ground remains white, but that might change over the next two days.

That little bit of snow and ice showed good durability for what it was. Some of the sheltered back roads and forest roads that I was on Tuesday night had it pounded into a pretty decent layer of ice. The stop and go pedals in the truck were pretty much just suggestions, even in 4 wheel drive, and momentum was king.

That got me fired up about snowmobiling those areas, and thinking that it won’t be long now. That layer of ice would have been a little scrapey, but it was getting close to ride worthy had there been a little snow and a little more consistent coating of it beyond sheltered areas.

That brought on thoughts of what this winter will be like, mostly because I am expecting to have a good ice base this year. One feature that I have noticed in the weather of the recent past is the big variability. We will have a storm, a little cool air behind it, and then it will warm up quickly.

I am not seeing a consistent flow of weather out of the northwest with cold front after cold front, or a consistent west to east zonal flow, but rather a lot of variability. I see this as not just bringing big temperature swings, but also putting us into play for bigger storms, and that is a great thing.

Often those start with us on the rain side for a while or they will be preceded by some warm air. A little warm weather or rain before a big snow is great, it makes for a sturdy base when it all gets packed down.

I am not really concerned about a lack of precipitation, I am expecting to see normal or a little above normal rainfall/snowfall this winter. I am expecting some pretty good storms too.

One indicator of that is the Peshtigo River. We had a very good year on the river this year. The water was consistently at or above normal and there were some big spikes in river levels when big storms came through.

Take a look at the second chart down at this link. The discharge on that river has spent very little time below it’s median flow in the last 120 days. The months before that look about the same.

Based on the river, the recent past weather, and the variability, I have very positive expectations about precip levels this winter.

We are in for a La Nina winter this year. La Nina is the cold phase of the ENSO, the El Nino Southern Oscillation. The La Nina conditions right now show a dandy in process. Take a look at the sea surface temperatures in the ENSO area to the west of South America. Some peak readings are -2 and -3 degrees below the baseline. That is pretty significant.

We are seeing some wild weather across the US. Not too long ago Alaska saw a storm that was as strong as a Cat 3 hurricane. There are several storms on the models that were shown off of the east coast that are showing some really deep central pressures, like down into the 960s. That is huge.

We are probably going to have an interesting winter too. 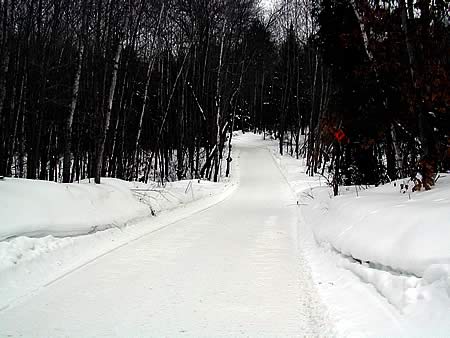 I am in for a day of outside work today. It is supposed to be about 50, and I have to pounce on that to do outside stuff like firewood and winterizing. I am making good progress, but there is always more to do. With sunset at 4:15 now the window for outside work is much smaller.

It won’t be long before I am casting my attention toward the shop and snowmobiles. That is scheduled for about the first week in December, after I wrap up a few projects and get stuff like firewood done. I doubt that it will wait that long, but that is the plan.

When I last visited the pretty RXL was trail worthy. That will probably be the first through the shop, since it probably won’t need a lot beyond basic maintenance. In theory it is a battery charge and some fresh gas away from a gravel ride, but I’ve heard that story before. I recall wanting to change the secondary spring and a few other things too.

RXL #2 needs a little more work. It has some wheels on the suspension that need to be replaced, the oiler needs to be bled out, and it might need a track. I’m pretty sure that it needs carbides too. NBD, it runs good, it just needs some basic attention.

The XLT is no more. I sold the engine and performance parts out of it last Spring. I still have the chassis, and probably enough parts to build it another motor for the price of a crank and gasket kit. I decided that I didn’t want to have 2 kinds of sleds and parts, so I decided to liquidate the XLT stuff and go with the RXLs. I like my EFI and the triple. 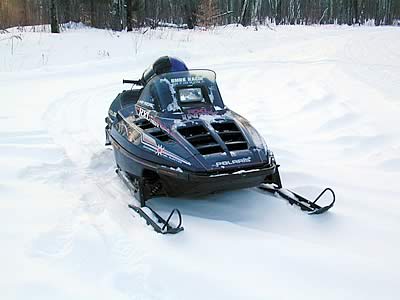 Well I am off to get some sleep before a very full day. Have a good turkey day and thank you for visiting!